PAGE SIX: HOW STARS ARE PREPPING THEIR SKIN FOR RED CARPET SEASON

With the Grammys and the Oscars around the corner, Beverly Hills-based facialist Candace Marino is preparing for an influx of her celebrity clientele.

“When it’s awards season, I’m seeing people more often,” Marino recently told Page Six Style. “Definitely before every show, but bi-weekly is realistic for most of them.”

Known as @thelafacialist to her 20,000-plus Instagram followers, Marino — who has worked with Kourtney Kardashian, Miranda Kerr and Chloë Grace Moretz — said dermaplaning is “huge” during awards season.

“We basically shave off the dead skin,” Marino explained of the technique, which involves a scalpel. “The benefit of it, obviously, if you get rid of that dead skin, you’re going to really glow. But it also gets rid of any vellus hair, the fine peach fuzz that basically everybody has.”

Marino also added that “lots makeup artists will actually send their clients in for” the treatment, as it “makes their makeup go on better.”

“And for the skin alone, when you remove all that dead skin, and when you remove the hair, your products are going to be more effective, and they’re going to penetrate better, so the result from that is you get such a nice glow,” she said. “Pretty much everyone dermaplanes before a big awards show.”

“The Red Carpet Peel is a step I do in some of my facials for exfoliation,” she said. “It’s a no-downtime peel to exfoliate the skin, deep clean the pores and give a glow. The peel goes on and gives a light tingle. When we neutralize, you feel a big flash of heat — that’s the chemicals’ reaction with the neutralizer. This heat brings circulation to the skin which warrants a glow.”

While an at-home version of Lorencin’s Red Carpet Facial is available for $109, the in-person experience comes with certain perks.

“When somebody comes in for the treatment, we’re going to treat them with a massage, and do the full facial,” Marino shared of the 60-minute process.

“A lot of people before the award shows want to come in for a really good massage, because it’s my belief that massage is the way you get the skin to glow. You can load on product after product and that will obviously make the skin have a nice shine, but when we’re oxygenizing the blood and manipulating the tissue, we’re getting so much circulation to the skin and then we can actually see the skin glowing from within,” she said.

The base price for treatments with Marino start at $350. 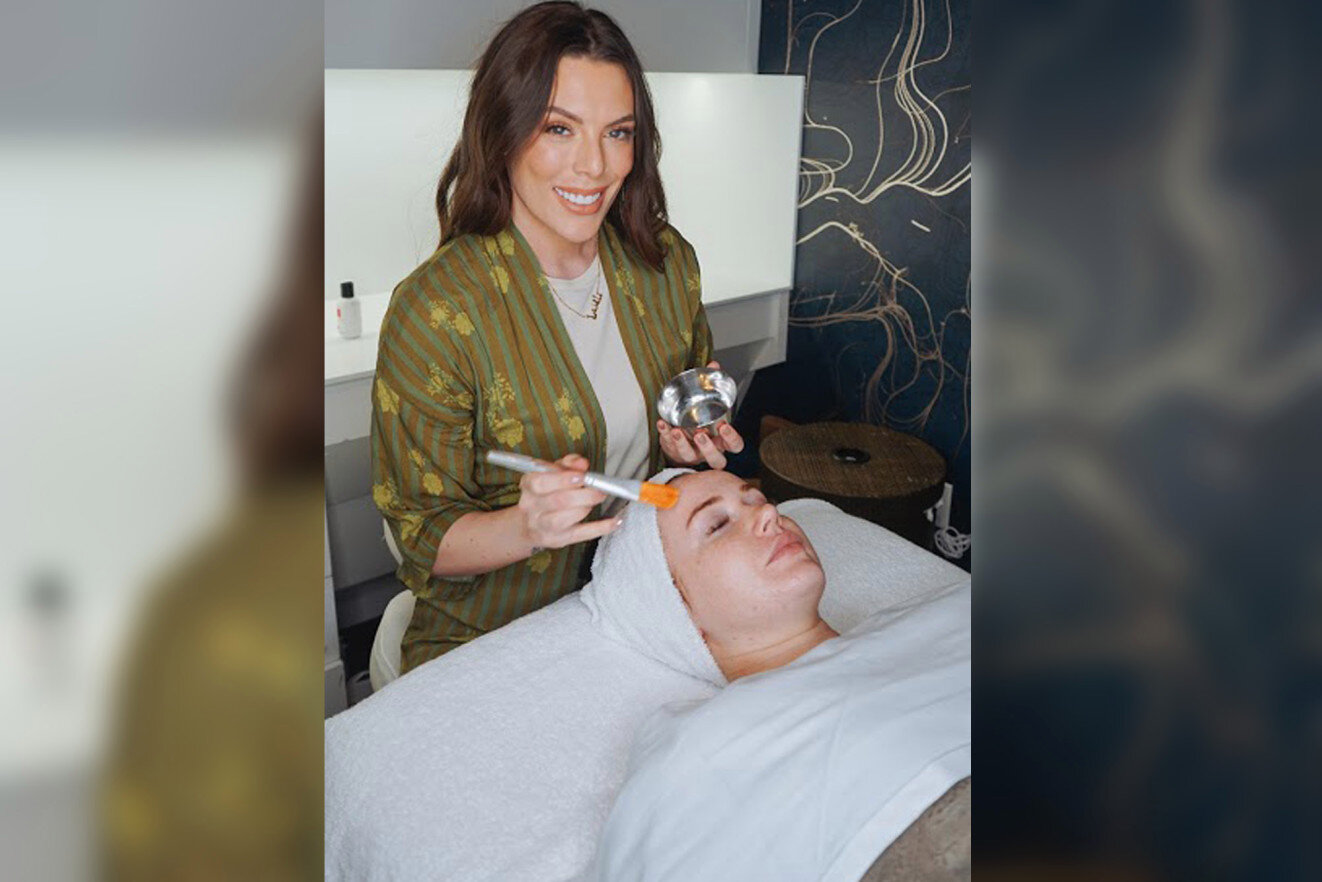 This article was originally published on pagesix.com.

US WEEKLY: KOURTNEY KARDASHIAN’S FACIALIST CANDACE MARINO TELLS US HOW TO GET RADIANT SKIN

Join the squad and get 10% off your first order!

Search
Account
Thanks for contacting us! We'll get back to you shortly. Thanks for subscribing